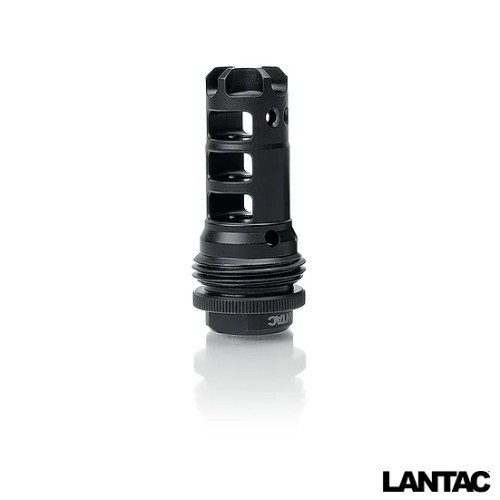 The DGNAK47B-ASR™ is precision machined, hardened to 48Rc and nitride finished for enhanced corrosion resistance.

It features lantac's patented gas handling system that reduces muzzle rise and recoil to zero, meaning that the only recoil felt by the shooter is from the movement of the carrier and buffer within the buffer tube.

The DGNAK47B-ASR™ Brake/ Mount is threaded 14x1 LH and is designed to be used with 7.62x39mm (Russian Short) Caliber ammunition only.

Lantac recomends the use of Rocksett thread locker that is not included.

Comes with appropriate timing shim set.
Made in the USA.