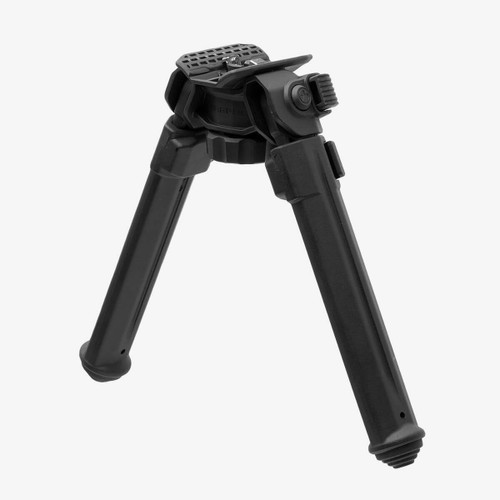 The MOE Bipod is the latest and lightest bipod in the Magpul Bipod line. At 8oz, it weighs almost 40% less than some of their existing bipods, while still providing a dependable, stable platform to shoot from. Designed to mount to the popular Uncle Mike's Sling Swivel Stud, Magpul utilized the latest technology in injection molding to offer a bipod with a significant reduction in weight that retains the functionality, strength, and value found in their other bipods.

Attaching and detaching the MOE bipod is quick and easy with its rapid-attach sling stud mounting system. The self-locating, stainless-steel clasps ensure perfect alignment when mounting, and the large ergonomic thumbwheel allows for a strong grip and easy tightening. The non-marring, over-molded saddle was made to fit securely across a range of forend sizes, providing ideal load distribution without leaving a mark on your rifle. Adding an optional low-profile sling stud on the rear of the mount retains the ability to mount a sling to the forend of the rifle.

With its low stack height of 1.73” when folded, the MOE Bipod is a streamlined package that stays out of the way until needed. The legs stow neatly forward and deploy without buttons or levers, snapping down and locking into position. The legs extend from 7 to 10 inches and slide and lock securely with the push of a button on seven ½-inch spaced, locking detents.

Designed for streamlined storage until deployment 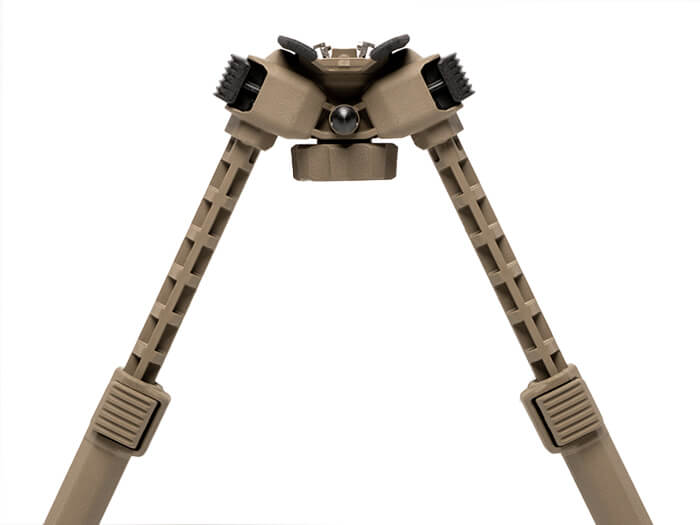 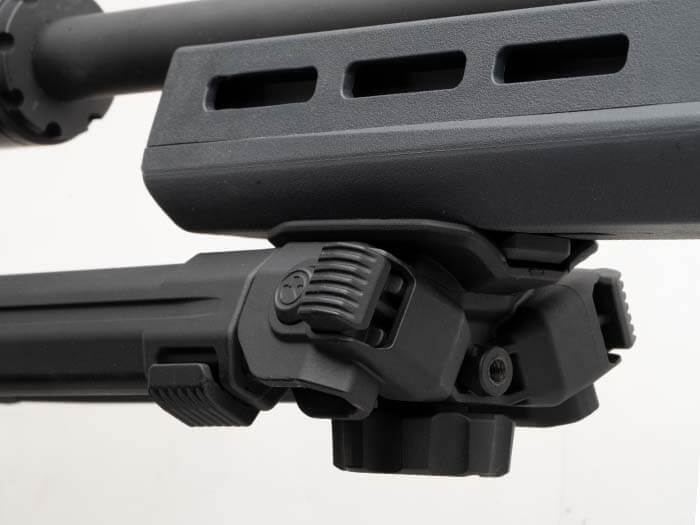 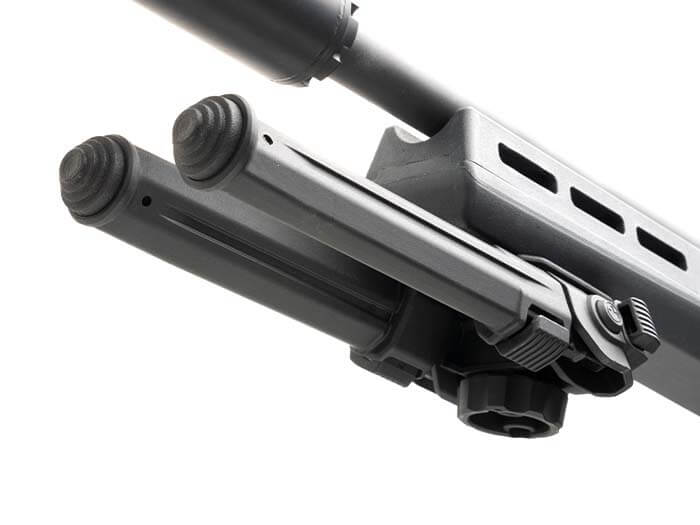